Ashtakala (The Yoga Zapper – A Novel)

I was born in South India but I grew up in North India near the mountains. My parents, sisters and I moved to Canada, first to Montreal. After finishing University I relocated to Denver, Colorado, where I lived for about fourteen years. I now live in Calgary, Canada.

2) How did your childhood play a role in this novel?

I had actually quite remarkable childhood. My uncle was an officer with the Indian Forestry Service and we lived close to the jungle and I remember as a child hearing tigers at night. I had a pet deer and so many adventures. It was really wonderful, and many of the descriptions and the "feel" of India comes from that.

3) What was the inspiration behind this book?

I'm an initiated Hindu Vaishnava priest and part of that involved reading a lot of the scriptures, the traditional narratives within Hinduism. I've done that for many, many years and there are some wonderful stories, in both the Hindu and Buddhist mythologies, which I thought would be interesting to bring to a Western audience; not in a pedantic or intellectual manner, but in a way that an ordinary person would be able to understand.

4) Why do you prevent a dystopian future for society in this novel?

Because that's what the Yoga narratives say. As time progresses, things actually get worse, and at the end of time we will have a very evil dystopian kind of future. Then when the cycle of time starts again, things will become peaceful and contemplative. In my novel, I based the dystopian future on some current trends such as environmental degradation and the control the government and other bodies have over us in terms of our lack of privacy. I took these a step further and imagined the use the genetics, where people are instantly identified and connected to a vast network, and how that is used to control and tax them.

5) What do the main characters in the story represent?

The plot is about two brothers who develop a kind co-dependency when their father dies, when they were young. The death of their mother breaks this co-dependency and they are shot off in different directions. One of them goes to the beginning of time whereas the other goes to the end of time. They are forced to confront their weaknesses and grow and become better, more complete people.

6) What are some of the challenges you faced in writing this book?

You have the fantasy element, the mythology, and then you have the stories of the two main characters, who have their own compelling histories to tell. Mixing these two together and molding it into something whole, complete and engaging, while not pushing the mythology, the philosophy, down people's throats, but bringing it out in a way that would be easy to understand and appreciate, I think is the challenge. I hope I've done a good job of that. 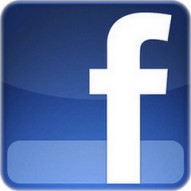 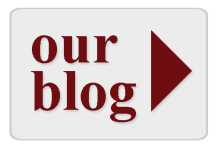